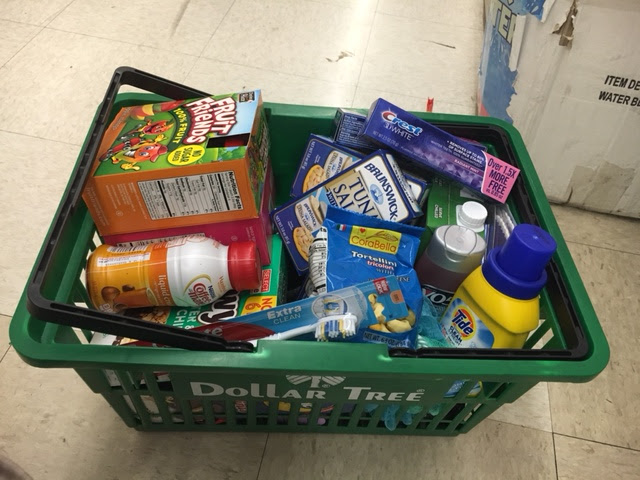 I found out that it is terribly difficult to get going again once you've stopped. Sort of a like a roller coaster that went halfway up the incline and then just kind of rolled back down to start ... now do that like six times. I spent the past week in Laughlin. Well, technically Laughlin and then also across the Colorado River in Bullhead City, AZ in the Wal-Mart parking lot on Saturday. $50 is a price too high for me, but it's still only $18 Sunday through Thursday, so score!


However, the second night I was there, I was restocking at the Bullhead Dollar Tree (the gypsy paradise) and after I left I pulled off the road to take a look at the river and nab a photo. I noticed a funny group of raccoons in the parking lot and stopped to take their photo for a funny post I had so cleverly come up with in four seconds.

Just then! I heard a terrible noise and nearly pee myself. I look over to the source and see a huge pick-up had just backed into me.

I got out quickly to assess the damage and suddenly the pickup truck floored it towards the river, stoped suddenly and then bounced back towards the river again. "STOP! STOP! REVERSE! REVERSE!" I yelled to him. Moments later, he halted his panic and ccame back to a normal parking space and then, the culprit, a 50 something man, exited his truck. He approached me and with an English accent, apologized for having left a huge dent in my poor little hatchback's bumper.

After the first few minutes of our exchange, which began with him apologizing and then telling me it was his son in law's truck and he didn't have the insurance, I told him if he couldn't produce it I had to call the cops. "But I'm English..."

"Okay?" I responded, in a tone that suggested I needed more context for that to mean anything.

"You can trust me," he said as if his Britishness qualified my trust.

After explaining that I don't trust anyone I don't know, he texted his son in law. Huzzah, the document. A security guard showed up and the Englishman admitted fault and apologized, which is all well and good - but what about my house...I mean car.

After a while, we decided that he would pay me $500 out of pocket. He clearly wanted to avoid cops and I always believe in leaving the insurance companies our of small claims. Plus, I had remembered seeing a YouTube video where a guy popped his bumper out with hot water and I was in desperate need of more funds. So this worked out for both of us, unfortunately, my car looks crappy now - which I'm never a fan of. He only had $230 dollars on him (he had just won that night at the casino) and we agreed to meet up the next afternoon for exchange the remaining cash.


We both left a little salty that night, but when we exchanged money the next afternoon (although I was late because I forgot that when you cross the river, it's a different time zone) and I signed his hand written "contract", we talked for a while. And by a while, I mean we talked for over two hours in the parking lot about every random thing you could think of: why I'm single, his shock at my singledom (because "you seem so normal"), my travels, and London. And if I'm ever in London, he will show me around.

Did John and I just become friends?! Yup!

The rest of the week was fairly blah. Because my time here was meant - excused? - to be attempting to catch up on my blog, I had to find free WiFi. Unfortunately - or fortunately, I don't know - the only free WiFi in town was at the Golden Nugget Starbucks a couple of buildings down. I spent a couple of days, a few hours a day there (where I stumbled upon my long forgotten Tiago Pass photos - forthcoming.)  I went on a windy ass walk along the "boardwalk" and stalked the local Dollar Store and then found the most magical of places: The .99 and Below store. THEY HAVE PRODUCE. FOR A DOLLAR. I cooked meals on my bathroom sink with my camp stove. And I have begun a new low...or high: baby food... because it doesn't require utensils. 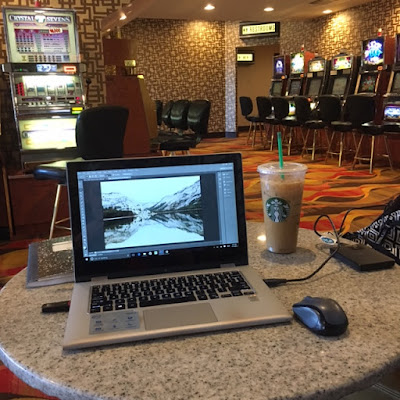 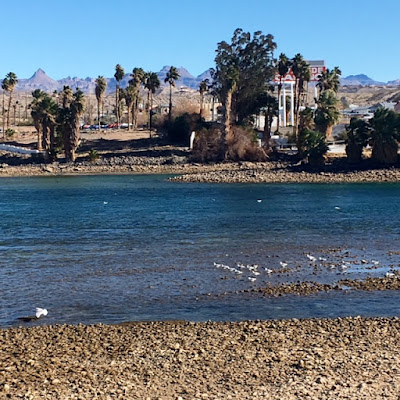 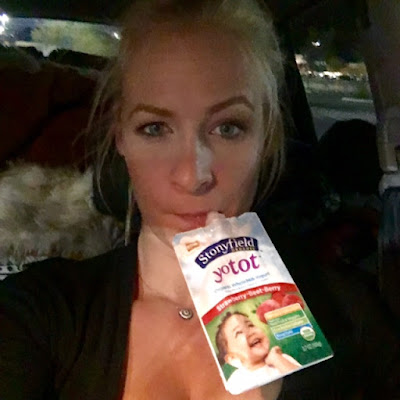 A couple of days later, I was still struggling to get back on the move. Fortunately, for my inability to jump start my life back into a lack of beds and electricity, I had promised my friend in Seattle (who I stayed with) that I would drive over to Banning, CA and meet up with him when he was there for a Pin-Ball tournament.

I meant to leave today, but I didn't. I'm the worst; I know. I had suddenly decided I wanted to drive back up into Utah and see Zion National Park and Bryce Canyon. (Kinda like that time I all the sudden decided I needed a Sign Language certificate in college - I mean, I got it, so...) I haven't left yet though, obviously. It's so fucking hard to give up a bed and television and leaving your pots out when you don't know the next time you will see one or when you'll get to stay put for more than a day or two.

My travels up until this point have been scheduled and fast and full of fervor. I am now looking forward to a more relaxed portion of the tour - having extended my travels. I am, however, struggling with the idea that I have left my parents back in Pennsylvania, to deal with the cancer with just the two of them. I will check in again soon. Until then, I'm off to Utah tomorrow. Finally, on the road again...