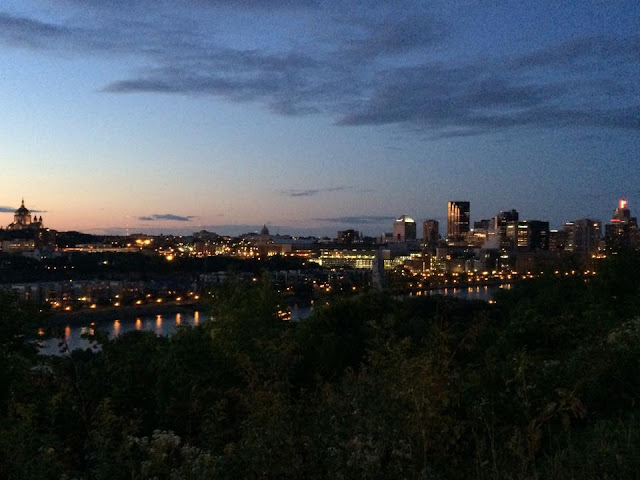 I arrived on Friday night and planned to stay a few days. It's Tuesday morning and I'm finally gearing up to leave didn't leave. Honestly, yesterday, I just got lazy. My cousin and I had a great time and we were super busy all weekend - so I'll blame that. (Well that and I arrived on Friday still sick from whatever my nieces treated me with, so now it seems I'm on the mend.) We road bikes, visited a few of her favorite spots to eat, went out dancing. Aside from being fairly certain we were trying to be luring into a sex trafficking ring out of the nightclub, it was a good time all around. 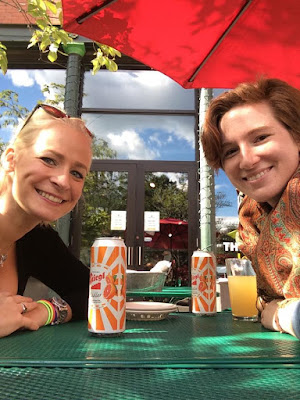 Most notable, for me, was how happy everyone in Minneapolis was. The folks in St. Paul were nice
too, but didn't seem quite as content as those on the other side of the river. There was a certain energy that the people had and it was contagious. Secondly, there always seemed to be something going on. My cousin would look at her phone pontificating "what;s going on today" as if there's always something going on - but there is. There was a jazz festival downtown St. Paul on Saturday and on Sunday her favorite brunch place was having a "Block Party" with live music and whatnot to celebrate 20 years - an event we just happened to stumble upon at a 'garage sale' even at another of her local favorites the day before. If it weren't for the snow, I would definitely consider setting up shop in Minneapolis. Go figure.

Having not done my homework yesterday, I still didn't know what I was doing or where I was going. In theory, I was suppose to spend Monday cleaning my mess kit and planning my next moves. Instead, I spent the day watching 'Psych' on Netflix. Whoops. Hey, we all have our own ways of psyching ourselves up for what's next. (That pun was entirely unintended. Ha!) Perhaps I was inspired by Netflix, because I have decided to go to Fargo next. And I'm off! 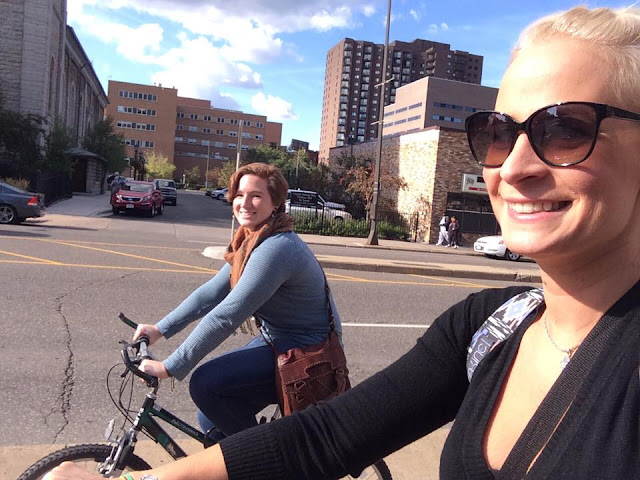 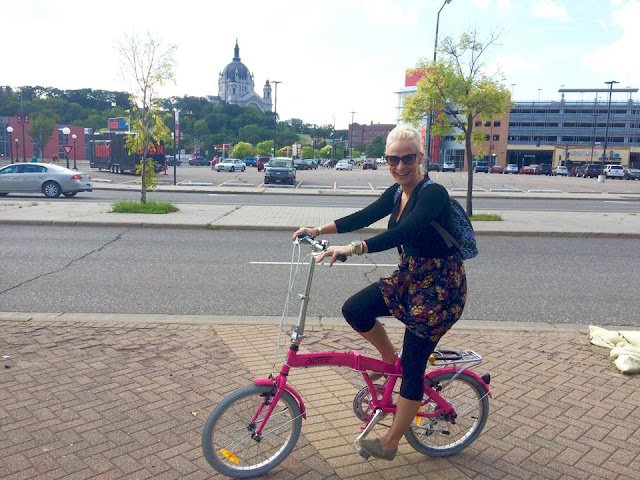