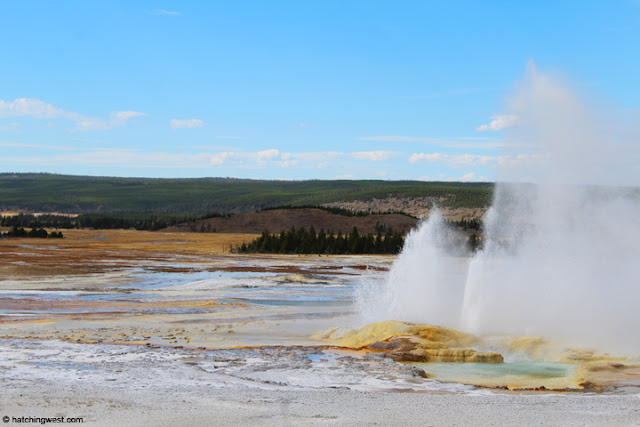 I woke up around nine. My circadian clock is doing it's own thing and I don't really need an alarm anymore. When this thing first started, I was waking up as late as noon; now it's somewhere between 7:30 and 9am. Who am I?!

I wriggled out of my tent, which was more than warm by then, plopped down in my driver's seat in my pajamas - having lost the layers in the tent - and ate the left over, now cold, spaghetti from the pot it was cooked in, in the passenger seat from the night before. Eating my dinner for breakfast has become a common thing, but vagabonds don't waste. (I assume I can claim vaga-dom now?) After, I went to a clearance shop in West Yellowstone for a couple of 5 dollar shirts and a staple pin for my collection (which I didn't find until Old Faithful), I was off to the park. $30 to enter?! (::sigh:: ohhhh my budget hurts!)

Am I being honest? Yes, always. I was not as impressed by Yellowstone as I was Teddy Roosevelt National Park. Maybe it's like when people really talk up a movie and by the time you get to see it you expect the world from it and end up and the build-up steals the wow factor. Don't get me wrong, Yellowstone was today was really great. I found myself thinking: FUCK, MY LIFE IS AMAZING RIGHT NOW; THIS EXPERIENCE IS FUCKING AWESOME while driving through the park and listening to the Foo Fighters... so I'm not really sure what my point is. I digress.

Anyway, on this day, I learned that the Old Faithful Geyser erupts about once every 90 minutes. And that if you had to, it would be a great place to fart - because who could tell the different between flatulence and a field of sulfur geysers?

Yellowstone is far more touristy than the rest of the parks I've visited so far. Lots of tour buses full of Asians. And as a downside to the off-season, about 70% of the in-park campsites are closed, which means (for the second night in a row) I had to drive out of the park in order to drive back in tomorrow. Although I did get in before sunset after dipping my toes in Lewis Lake for some pics and am now sited next to the truck that the crow was attacking at Old Faithful after it scared the shit out of me perched on my hood. (Random, random.) 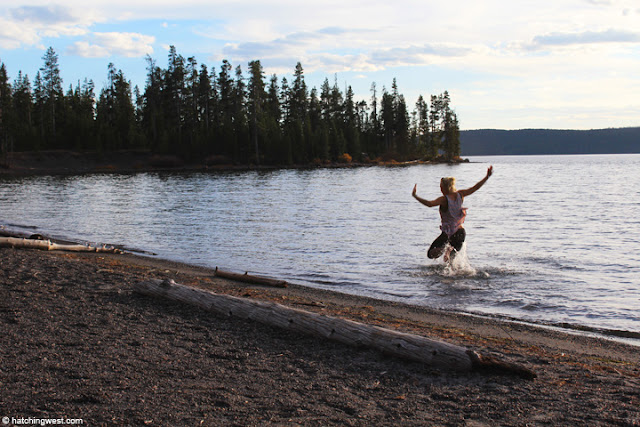 Just outside the park, I'm typing this from the Flagg Ranch lodge Bistro/Bar (where I chatted with the bartender who suggested I visit Denver as a place to live) where I bought a cocktail so I could charge my computer. My tent is set up just across the street - $38 a night (::grumble::). While, I didn't encounter as much wildlife today in Yellowstone as I expected, I did see some bison and a few elk (and a chipmunk that scared the skittles out of me while I was on my way to jump in the water for some photos), the landscape was amazing. Tomorrow, I'll drive back into the park for the east side. Then off to the Tetons. 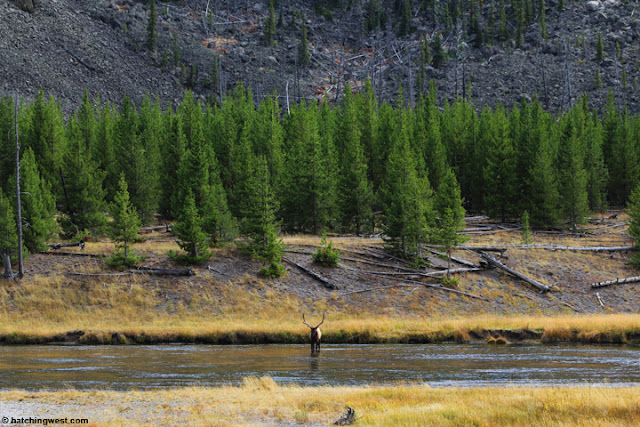 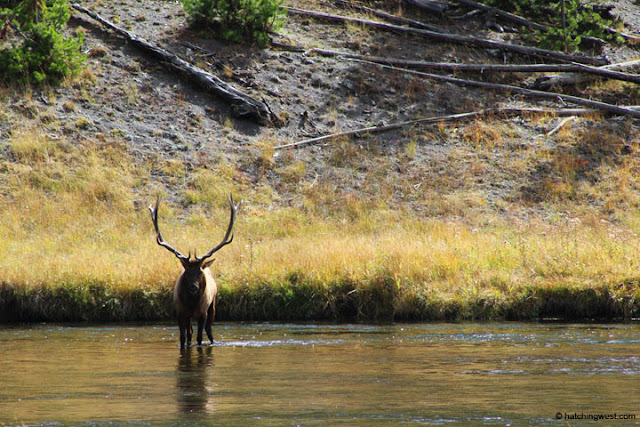 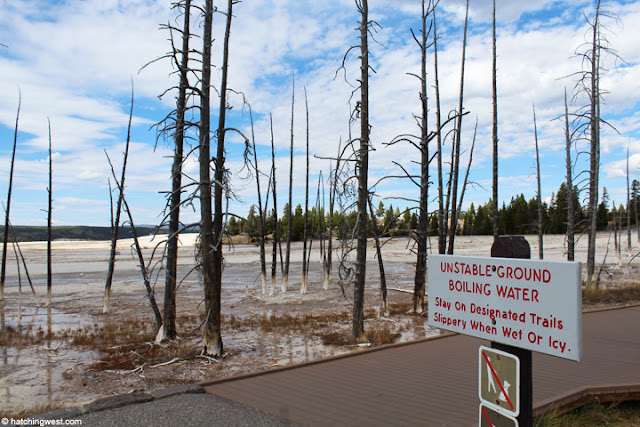 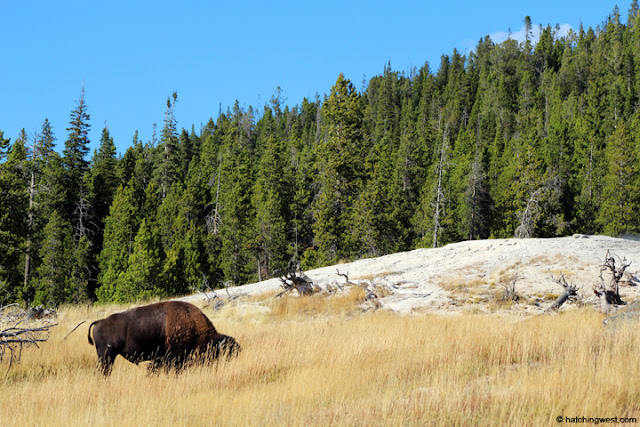 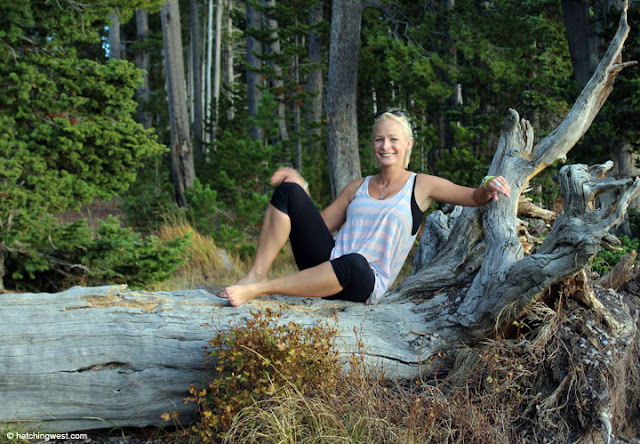 Posted by Hatching West at 2:59 PM