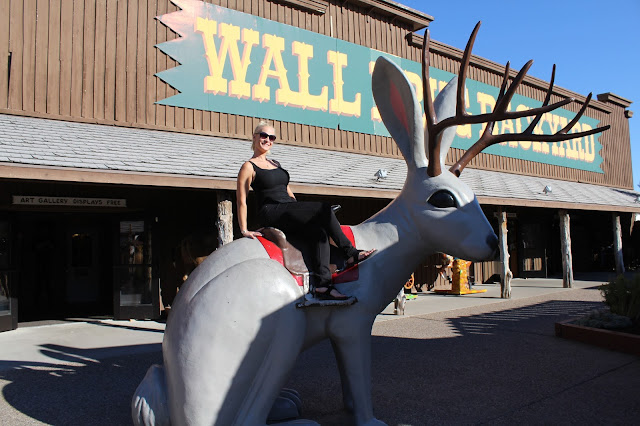 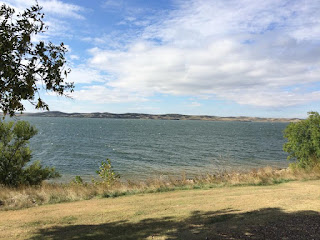 I woke up in an intense windstorm form a less than restful sleep. I spent half the night waking up wondering if I should brave the rain and cold to tie down my fly and half terrified the tent was going to collapse - although if that happened, I'm honestly not sure what would happen; it's not like my tent was going to ball up and roll away into the Lake Oahe (or maybe it was the Missouri River) with me in it, but we'll blame it on still being green. Finally I gave in, irritated enough to leave in haste when one side finally almost collapsed at 8:30a. I think this is the fastest I'd ever packed up my tent and gear thus far - including taking a few minutes to eat the other half of my DQ burger from the night before that sat on the drivers seat that night. (Beggers can't be choosers, folks.) The morning was brightened - aside from half a cold burger, still delicious - slightly by the fact that 1. I got to choose my own water temp (ahhhhh so hot!) and 2. I didn't have to press a button or pay to use it. 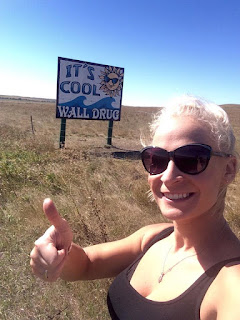 Once I was ready, I was on my way to Wall, South Dakota - excited to see the first sign at 79 miles on and amused onward. I had been before, but it was 20 years so I figured it would be nice to go back - far, far different than my distant memory. I remember it being one big store - it was dozens of little ones. My original estimated arrival time was 3pm, but somewhere I gained an hour. I spent a while taking photos and ambling through the waves of elderly. Walking through Main Street I had the thought: I am bringing down the age average by about 10 years all by myself -- and that's not to say there weren't a lot of people there.

Next, I headed to the Badlands, about eight miles away. Lots of photos (I'm still trying to find the time to grab the photos from my big camera!! I don't have as much down time as I had assumed prior to starting this trek) and lots of little stops and it was time for sunset - I had been waiting for it, unfortunately clouds slightly obscured the sunset, but lovely nonetheless. I drove back out of the park (took some photos in front of the sign, hiding my idiocy under the guise of night - will have to upload that later) and then realized I didn't know where to camp for the night. So, once out of the park, I looked at the map for the park and realized there was a campsite in the middle of the Badlands - about six miles from where I'd just driven back from. I called and confirmed vacancy then drove 24 windy miles back into the Badlands interior to camp - paying close attention to my dwindling gas. 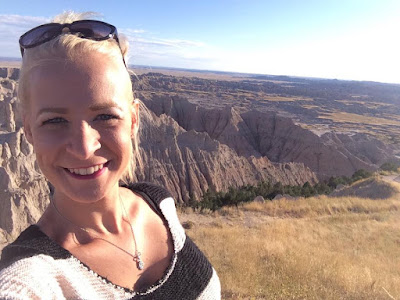 I got to the site about 9pm and set up camp. At this point, my tent and sleeping pad set up is sub 10 minutes. I've been timing it since I started. My goal is 5 minutes.  After a totally fancy dinner of tuna fish, I hid the evidence from the now howling coyotes and settled into my sleeping bag for the night. 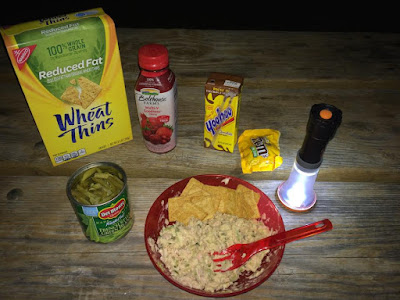