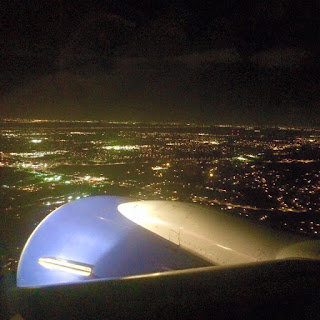 As it began to get to freezing temps in Pennsylvania, it was time to leave. I had an evening flight and arrived a few hours before New Years. I was staying with my friend - since 7th grade during the school dance we were bored with and instantly bonded over making some gross concoctioin drink, throwing a quarter in the bottom and telling anyone who drank it they could have the prize (no one drank it) - and her girlfriend. Last year, I finally fulfilled my 'dream' New Year's Eve of sitting at home on my couch doing nothing; I was thrilled to be buying bras on Amazon in yoga pants as the year switched to 2015. DC parties had become so pretentious with expectations and price tags to match; I like house parties. So, party of one...mostly.
Interestingly, I always say that the how you spent your NYE and what you do at midnight is indicative of the rest of your year. I hadn't planned to travel the US by myself at that point. But as my theory would  have it, I spent much of the year planning to be on my own, doing whatever the hell I wanted and the last four months of it following through on the plan. I may be onto something...

The plan for New Year's was simple: Chinese food and board games. YES! Is it a problem I would like to have enough kids to complete teams for my favorite board games? Whatever, it's fine. After my fill of chicken and broccoli and Pandemic, we headed off to bed with no real plans for the following week.

My friend had days off and switched days so we could spend a bunch of time together. We went to Ledo Key and downtown Sarasota and just hung out. It was nice, but the 80 degree weather decided to end there at the same time that I rejoined the east coast. So my dream of laying out on the beach was squashed and we did a lot of walking in the sand - and people watching. All we were missing was a gross drink with a quarter at the bottom - ha! 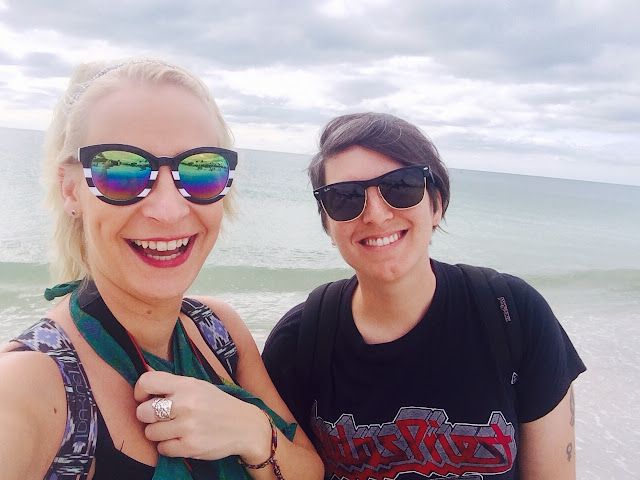 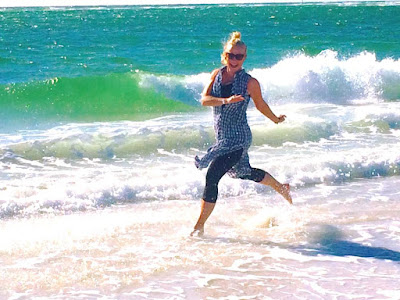 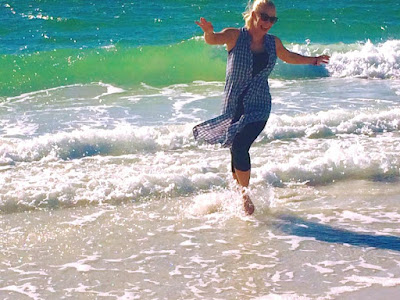 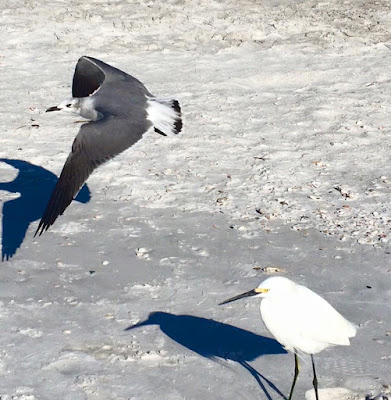 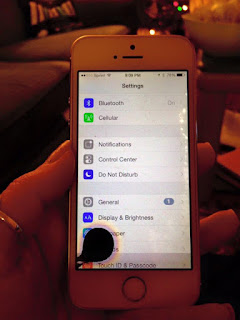 Also, my phone decided to get a black spot of death in the display - that then began to move around - which required me to upgrade my phone and during that time I discovered someone left the Framily plan and my bill went up $30. So then plus the new phone, my bill went from $50 a month to $120 - not good. Terrible, really, Plus, I had planned to switch networks to whichever network was best in the city I move too, but now I'm stuck with Sprint. Also, not good; but Mercury is in retrograde and I suppose these things happen. With very little time to spare I got my new phone, traded in the old, grabbed my rental car and took myself to the airport - and accidentally through a toll so I'm really looking forward to how much a rental toll costs me.
On my way back to Vegas this evening, I sat beside a kid, Colton. Colton was 21 (a fact I learned after he hit on me and I asked him how old he thought I was "24?" Awesome.) He was on his way to Vegas for the first time. We talked the whole time and, being thrifty and having had my Lyft coupons I activated for the ride to the airport two weeks ago expire, I thought we could share a ride and then I drive him down to the Strip. It was during this flight that I unexpectedly became the Condom Fairy of Seat 21A: Back in August, I had a farewell party and my friends filled a pinata with candy and condoms; I'm not sure what they thought I was going to be doing on this trip! So I took their gift to me and told Colton "don't get STDs" and then he informed me that he's from St. Petersburg, the "STD Capital of the US". So there's today's PSA: Prophylactics in St. Pete.
We de-boarded, I taught Colton how Lyft worked, and after a wrong turn or two, we were back to my hotel where my car had been for two weeks. What I failed to accurately tell him was that my passenger's see was fairly occupied so he was going to have to sit with his feet and legs up against the dash. He didn't mind. And we continued to chat until I dropped him off and he said he tell me if they were going to any clubs - okay, I'll be 90 minutes south...

While I was in Pennsylvania, Danny Also texted to say we was going to be driving through Las Vegas and asked when I would be back; maybe we could connect there. I was stoked, Beatles "Love" was on my Buck List and I got money for Christmas. I declared aloud (so I would actually do it!) that money would afford me the opportunity to finally check off "Love" and now I had Danny to go with me. Unfortunately, while Danny Also had told me while I was in Florida that he had been delayed in his excursion. I said I would wait near Las Vegas for him to finish. So, I headed back to Laughlin - my cheap hotel oasis to take a breather and wait to see when Danny and I could go see Beatles "Love".

Posted by Hatching West at 9:45 PM