The 101 runs down the coast of Washington and Oregon, eventually leading to Route 1, also known as the Pacific Coast highway, about 200 miles north of San Francisco. The PCH has been on my list of things to do since I left, which, in terms of solid plans I had, was a fairly short list.

I started my drive down the coast by first stopping at Cannon Beach just outside of Astoria. Stopped for a highway sign selfie. I spent the night in Coos Bay at the Wal-Mart, now back into economical mode having spent the past weekish in hotels. Naturally, even though the day began dry, it rained. My least favorable conditions in which to convert my car into a bed. 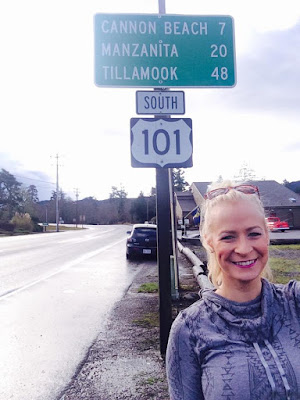 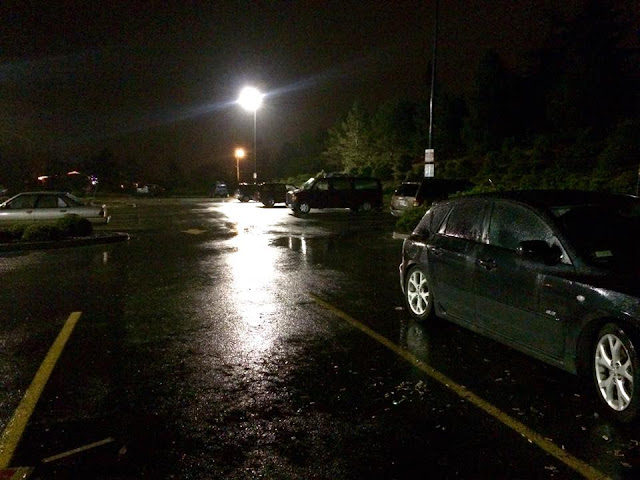 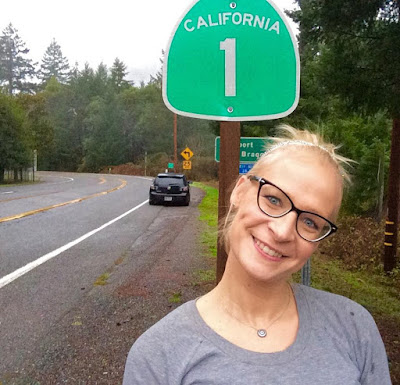 I woke up, "showered" in the Wal-Mart bathroom. On my way out I grabbed a donut was a free coffee sample being handed out to sell Kureigs. Donut and a coffee is a good start, plus, it was sunny! (Eventually it rained again in the day.) Throughout the day, I received some Tinder messages from a new Danny - we'll call him Danny Also - whom I assume I matched with in Portland, but who knows.

Danny Also kept me entertained during my drive and I soon learned that he had just filmed an episode of Naked and Afraid. "OMG!" I screamed in delight to myself (and also on facebook). I love that show. I asked him about filming it and picked his brain and we chatted easily throughout the day, which passed the time nicely. Eventually, I was almost in California. The last town just before the border was Brookings, Oregon, which, earlier in the day, Danny had told me he was from. "I just drove through your hometown," I sent him.

"You should have stopped in for a beer," he sent back.

"Oh, I thought you were in Portland."

"No. I was a few days ago but I live in Brookings. You should come back."

Having just wasted ample amount of time taking photos in front of a California sign (finally) and an Oregon sign, the sun was getting ready to set and I thought: he seems like an interesting fellow and also, maybe I'll get a free place to crash. I told him I'd turn around and he told me an address to meet him. 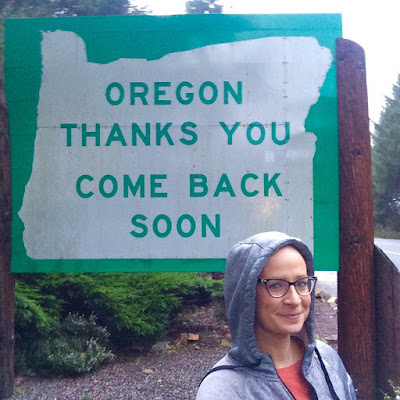 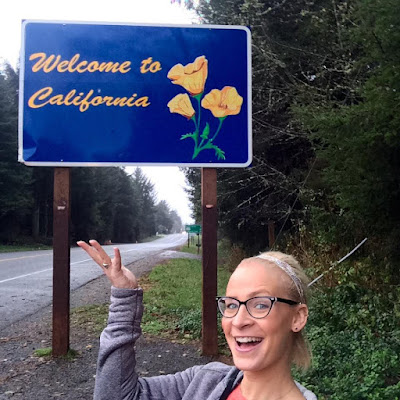 I showed up and scanned the room to make eye contact until someone reacted - a lot of the men in the bar looked the same: White, beard, fuck, I couldn't tell the difference. I thought it was this one guy, but then he didn't react like I had requested, so I kept scanning. Eventually Danny Also waved at me from the bar. Cute, but short, I approached. He had been talking to a drunk Native American women who, when I approached, asked if he was my boyfriend and then proceeded to tell me how incredibly attractive Danny Also was. We laughed.

About a half an hour later, she brought a huge - yet unfinished - basket she had been weaving and gave it to an acquaintance of Danny Also's, who was also sitting at the bar. (The guy beside the basket guy was the one who really wanted to be on Naked and Afraid, but the casting folks thought he was too desperate to be on TV and asked if he had any friends who would be good for it. He mentioned Danny Also and that caused a rift between the two.) Anyway, the Native drove off drunk, Danny and I bonded immediately with one another.

We headed to another bar where we had a meal and some more drinks. Like moths to a light, people kept coming up to us, wanting to join in our conversation and hang out. That's how good of a time it seemed we were having and we got along so well that people half a sheet to the wind believed us when we told them we were siblings. We walked out to the car while we aited for our food and on the way he confessed how much more attractive he thought I was than my photos; what a rarity. "I've been told that before," I confessed, lightly delighted.

"It's your personality," he said, "It's so genuine." What a compliment! Thanks, Danny!

We headed back in and ate, then laid on the floor to plan Bananagrams (thanks for that crazy Thom), were given blankets by the bartender and had a wonderful time. We laughed so much and I needed it so much. He reminded me of Nathan, I told him and that was a bonus connection to the comforts of home and people who have loved me all of my life. 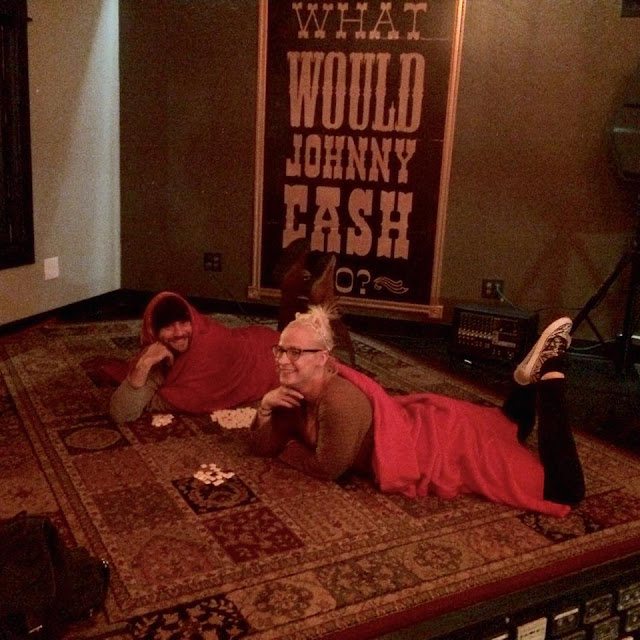 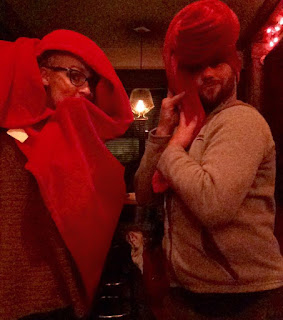 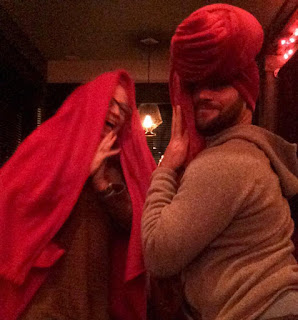 Danny Also invited me to sleep on his friend's couch. He had had a yurt he was living in before he left for Naked and Afraid, but leased it out to someone else and was now a nomad - like me. The trend of like attracting like in this world of nomads and vagabonds continues... so strange, yet incredibly intriguing.

In the morning, I woke up and asked the actual renter if I could use his shower. He acquiesced - and thank goodness because it had been a while since I'd had a shower - and then I was on my way. I wanted to get to the Redwoods before hustling down to Las Vegas.

I drove through to the redwoods, including the Avenue of the Giants. What a splendid surprise that one was! I loved it and even though it was raining, I was a happy girl. 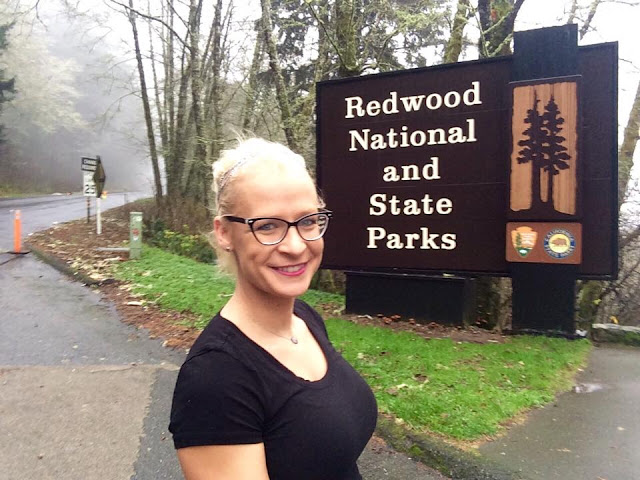 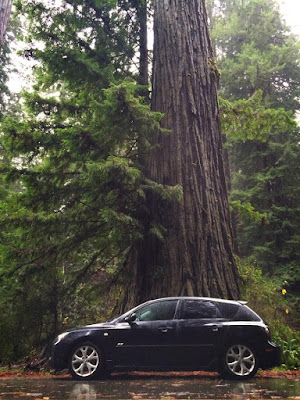 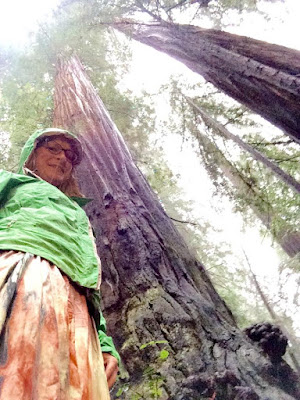 After the redwoods, I finally made it to Route 1. I was on the Pacific Coast Highway. I got about 60 miles into the surpintine roads before I got uneasy enough to call it a night. There was no highway, barely any phone service, to ask for a Wal-Mart would have been laughable and - again - it was pouring rain. I decided that my campsite on this night would be a vista point, cooked dinner under my back bumper, reflected on my life (next post) and eventually fell asleep to the lull of tapping rains and undertoes.
Posted by Hatching West at 11:03 AM