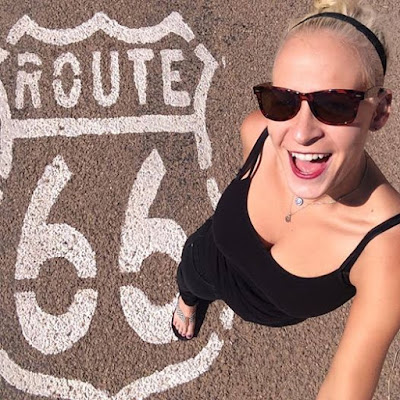 Originally, I said I would be in Yosemite by Friday; my friend who invited me arrived on Monday. I liked Austin enough that I delayed leaving and pushed my date to Saturday, so I could stay an extra day. Plus, my gut told me not to rush to get there - despite my friend checking daily when I would arrive. Then I looked up driving directions and was really surprised (and also not; geography is not my strong suit) to learn that Yosemite is 1,600 miles from Austin -also known as 25 hours of driving - instead of the close neighbors east coast me had incorrectly assumed. (East Coast people generally have strange and un/miseducated assumptions about anything west of the Mississippi River.) I updated him that I would get there Sunday.

Once I got to Fort Worth, I decided to really take my time along Route 66 getting to Yosemite. I mean, it's Route 66 - they sent Karl Pilkington on that shit; I wanted to see it too. So, my plan was: I would drive up to Oklahoma and then over to Yosemite via Fresno to make the most of the trip via the historic route. I wanted to get to Yosemite, but I didn't see a problem in delaying it a bit more to enjoy the trip. Despite my friend's mild insistence I join him, something really told me to take the time I wanted to get to Yosemite and enjoy the ride along the way. So that's what I did.

And being sick, I stayed in hotels all along the route, which was fun - most were historic hotels; the energy in some rooms was palpable. My route went as such:

Day 44: Fort Worth, TX > Tucumcari, NM via Oklahoma: approximately 520 miles, 8 hours. I stayed in an old school hotel along Route 66,  Room 111 (strange to me; I see triple numbers a lot and definately felt some energy in this one), but I had some Ramen, slept well and started to feel much better come morning.


Day 45: Tucumcari, NM >  Winslow, AZ: approximately 450 miles, 8.5 hours. I made some stops. I was going to camp out this night, but I was still feeling under the weather and decided to grab a hotel when I found the campground was $28 a night. I stopped off at Safeway and bought $100 worth of food since my friend made me panic that I didn't have enough for two weeks in Yosemite. The most I have spent in one trip since I began and two weeks' worth of my food budget. Although, now that I think about it, I don't know why I went overboard, every time he told me to get something, my response was "I have it." Like, yes, I know tuna is a good camp food - I have 6 cans of it and try it a Knorr Rice side with canned veggies. Maybe it was the afteraffects of not being able to find a grocery store in either of the Dakotas. Anyway, I was now officially prepped and ready for Yosemite. 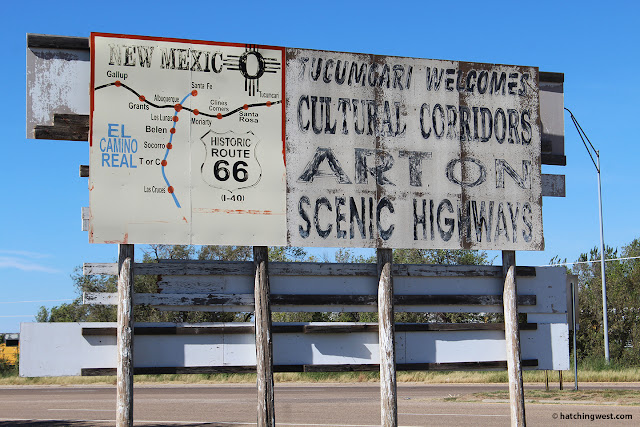 Day 46: Winslow, AZ > Laughlin, NV: approximately 270 miles, 6 hours. I took a weird detour to Grand Canyon before I changed my mind, plus miles for driving via Old Route 66 and stopping off at a small town. I liked the small towns built up around the historic route; they were really cute and fun. So, I didn't make it very far on this day and it would come back to bite me to get to Yosemite by Monday, but the hotel was $21 so to me it was worth the 7 hours driving the following day. I was going to pay penny slots and then I took a shower and couldn't be bothered to do anything but blog and listen to the television.


Day 47: Laughlin, NV > Yosemite, CA: approximately 500 miles, 9.5 hours. What was supposed to be 7 hours turned into nearly 10, thanks to a mudslide shutting down part of Highway 58 near Mojave. On this day, I discovered that 10 hours is too many and my limit at this point is probably 8.5. I also discovered that Yosemite's switchbacks at dark aren't the best for night driving. But hey, I made it. I found my friend in the (Yosemite) Valley. And I'll be curious to see what the day opens up that I couldn't see arriving in the black of night. Time to set up camp, which, for now, means side by side sleeping bags in the back of his rented SUV on the side of the road outside the park (because car camping isn't allowed in the park and sites are full.) Upgrade!(?)

Posted by Hatching West at 1:31 PM