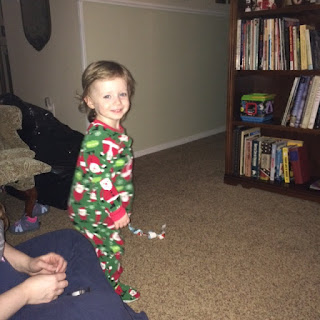 Warm and frustrating and nearly normal is the best way I can describe the week at home. My sisters didn't stay very long; they left the 27th. No one in my family or extended really asked about my travels, to my disappointment (and none of them read this either). Except my grandfather who asked certain places and did I visit places I'd been again that he'd taken us as kids? My grandmother, quiet and not herself, as she had suffered a stroke 10 days before (much to my surprise and concern). She is one of my spirit animals so while minor, her unapologetic honest is her charm - and mine as well - so I'm worried that maybe we won't get her back, but I'm hopeful that she recovers. My father, quiet and at times frustrated and often tired. I tried to stay out to be out of his hair - so to speak. I tried to get my mother out of the house since she has been tasked as caretaker and as much as the ill person is going their their trial, the caretaker needs to be taken care of as well. I begin to feel as though as soon as I left, everyone got sick. I don't feel responsible for it, but I do feel a certain tinge of something...unsettling.

On the positive, aside from seeing my family and not being alone on Christmas, my lifetime best guy friend/'brother'/betrothed - the guy I told Danny Also he reminded me of - was in town and we got to hang out a bunch. He is my single sucks sometimes friend and also the very un-tethered babies of our families. During a conversation he deemed himself controlled chaos and me, the unstoppable force. While we seems to be spinning out of control, the irresponsible ones of our families, we tend to be the calms in the centers of a storm of relations and love. True. 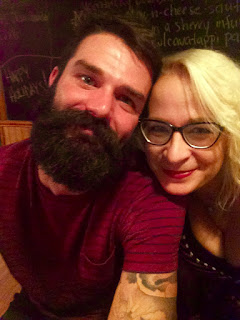 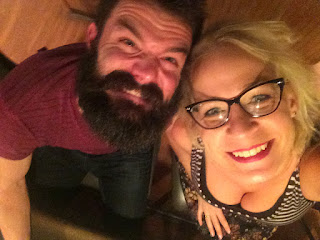 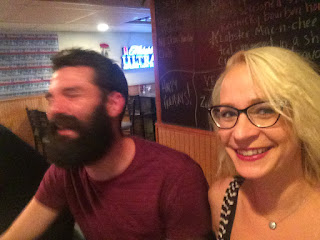 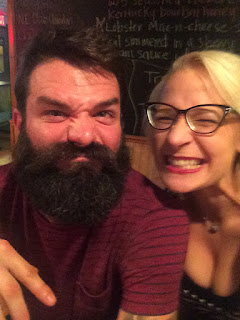 And then, my best girlfriend from DC decided to come up and visit me as well. We went out to High Tea with her mom (who was on her way back to Michigan) and mine. It was great to see her again and I was warmed over with her wanting to visit.


Then the three of us - the single kids in the snow - hung out together. One night in particular, became my favorite of the week. First, I took my girlfriend to this mythical land I had been talking about for years: Gabes. It's like Marshall's but cheaper. I'm so frugal and I love finding a great deal, so I've loved this place for 20 years. As kids, we were given $200 or so dollars for an entire wardrobe for school. Obviously that's not a lot of money, so we learned to stretch it as far as possible and I learned the absolute beauty of Gabes and being a thrifty shopper. So after years of being complimented on my outfits and me saying "thanks, it's from Gabes," my girlfriend just HAD to go and I was happy to oblige - especially since I was using this gem by moving west.

While there my brother betrothed called. I told him to join us. So there the three of us were and then my girlfriend found a rack of onesies. Soon, we decided to buy a matching pair and then head out to the shitkicker bar by my house that night in our onesies. So we did.

We put on our new onesies and went upstairs to show my mom. She laughed. And then my father came out, gave us a look and my girlfriend asked, "is this weird?"

To which he responded quickly, referencing me, "No, I'm used to his by now."

"My doing weird stuff?" I asked.

"Yes," he responded in one of my finest complimentary moments.

And then we were off to the bar down the street. When we stepped in the door everyone looked at us. We started to make friends as people asked what we were doing and we replied: These were on clearance at Gabes, as we shook our onesie tales. 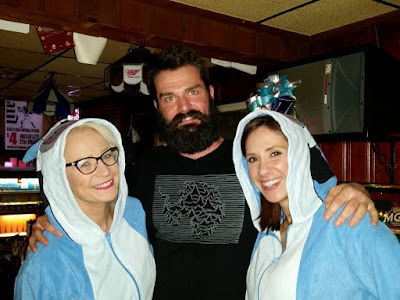 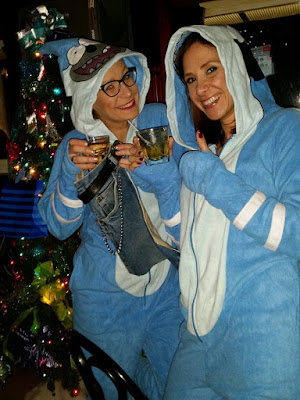 Two days later it was time to pack up and get ready for Florida and leaving all of this love. But what a lovely week it's been. A little scary - I hope everyone stops getting ill and begins to repair - but I can't imagine not having been here. What a fool I was to feel any amount of resentment. I am so thankful my parents wanted me home enough to fly me here. So now it's time to head to Florida this evening. Warm weather, I hope, because with my arrival in PA, it finally became winter. Perhaps all the warmth is in my heart. (cheese!) Everything is going to be okay. I'm refeuled in my heart and ready to continue on my journey alone... but first! New Years with my friend of 20 years in Sarasota! 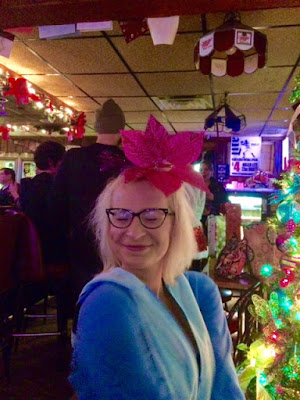 Posted by Hatching West at 4:09 PM