I left Thom later than I wanted to - and on fairly awkward terms. I suppose we should all avoid those last encounters. When the Universe makes someone miss a flight, I shall take that as a cue in the future. I headed to Portland and gave up after a while, staying in a hotel in the middle of Washington on Monday before heading futher south during daylight. On Tuesday, I was going to go straight to Portland and had a sudden change of plans to drive up to Mount Saiint Helens - I mean it was only like 90 minutes away, so why not, right?

Well, Mother Nature had other plans. It was a total white out. I guess you can't win them all... 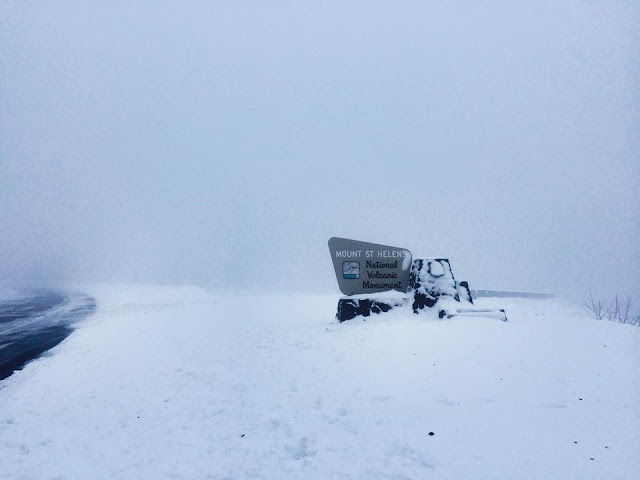 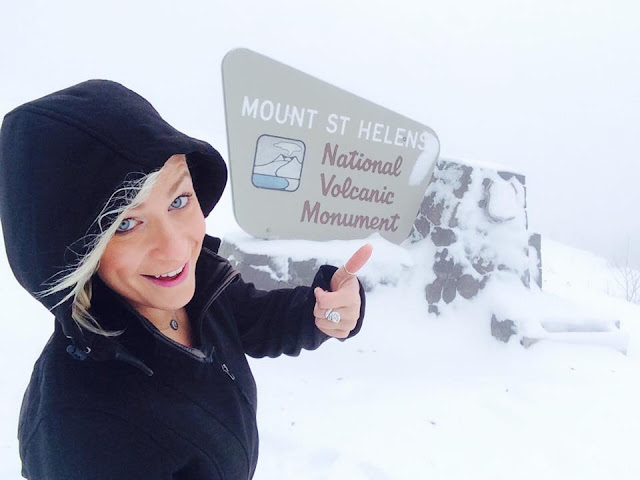 So, Portland. I arrived around 4, which by now means dusk. (I hate it.) I drove around downtown for a little while, before deciding to pop into a Starbucks - my go-to default spot in a new city to people watch and get a vibe of the city. I'm honestly not sure how this started, but it probably has something to do with the gift card my mom gave me before I left, so it's free. And also, there's a Starbucks in every city, so I think it's probably a fairly good gauge, with a constant variable, as a judgement of city vibes and people watching. This quickly became the most notable Starbucks visit. I ordered my coffee, sat down, opened my computer and noticed immediately it smelled like homeless people. The guy next to me, I soon realized, was just sitting there, waiting out the rain. Apparently he didn't feel like standing in the shelter line with the other approximately 120 people around the corner. As I looked around, I noticed there were about four other homeless people loitering in the Starbucks. A few moments later, an old man - also clearly a vagrant - walked in... 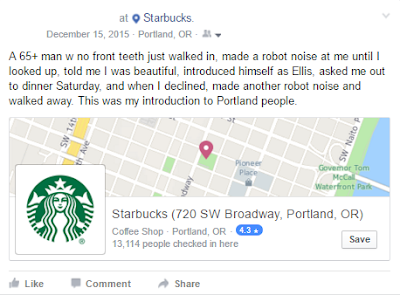 Soon after, appeared they were closing up shop. While in the Starbucks, I decided to book myself a hotel for the evening. I had little choice considering there wasn't a Wal-Mart and it was still raining. For two days, I stayed in this hotel room. I had little motivation to leave; the traffic was terrible at any point in the day it seemed, it was still raining and I was dealing with Thom, who had since become absolutely insane and whose insanity texts had worked into my psyche. Suffice to say we left on the terms of him calling me (gaslighting) insane and my (honestly) suggesting he seek therapy - which wasn't bad advice considering he said on repeat how much his marriage effed him up. So there was there was that; this is that point in time when friends and familiar faces come in handy and hurt when they're not there.

To try to pull myself out of my funk - and the hotel room - I set up two Tinder dates: One canceled and the other one I canceled on. The following day, I left. First I stopped at an REI for a utensil set, which happened to be in the Pearl District, which I was s uggested to see. I drove around - because walking around in the rain is no longer tolerable for me. Then, I left, making my way to Astoria. On my way out, in the middle of the afternoon, I found myself again, sitting in traffic, in the middle of the afternoon - passing more homeless people. I concluded: 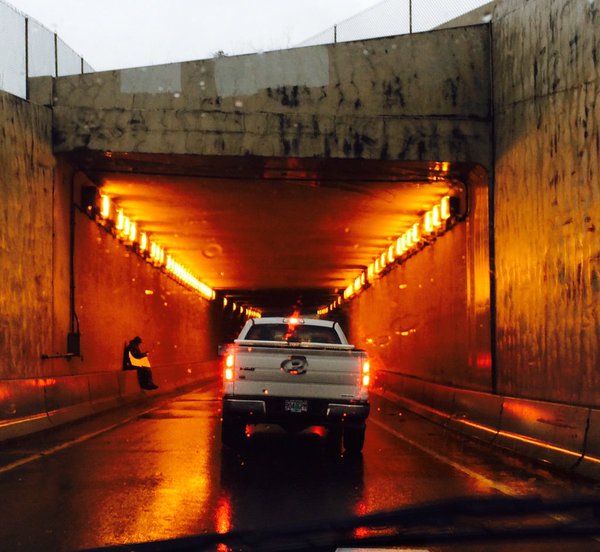 Needless to say, Portland as a place to live receives a resounding nope. (So glad I waited for the weather to 'clear up' so I could check it out.) On southward then, but first, west for Astoria (Hey you guyyyys). But first, dear god, can it stop raining? It has been raining for 15 days now and it's starting to get to me...
Posted by Hatching West at 4:50 PM