Day 90-2: Crawling Back Up the Landslide


I passed a Starbucks after about an hour of driving, turned around, composed myself and went in: I needed WiFi. I used the gift card my mom had purchased for me before I left to get a coffee - by now, the anxiety of the day had stolen my appetite. (I even turned down free cake.)

I managed to use the WiFi to turn on International calling on my phone, which also was upgraded to free data, which meant I would now have access to a GPS in addition to calls and texts. (Though I'm not sure I would know how to do this again if it tried!) With that, I texted a friend from DC who, before I left, said if was was ever sad or in a pinch and needed a hotel, to let him know. Since Canada had just stolen the money I had budgeted for a hotel room (and the hostels I Googled didn't have parking), I needed help. He then immediately booked a hotel for me. (Thank you, Ben!) I began to feel a little less scared; at the least, I had a bed for the night - and a much needed shower after two days. (I reeked of campfire still... which, in retrospect, probably didn't help me at the gate.) 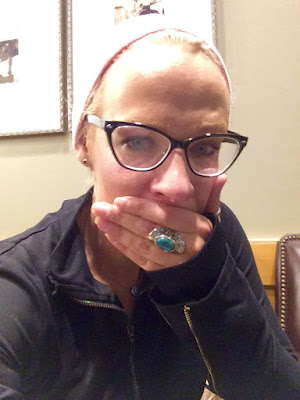 Afterward, I checked facebook after getting texts from family and friends. And texts from my mom, to which I confirmed I was okay, but shaken.  To my surprise, someone actually gave me some money for my fine. A lot of folks told me "Oh Canada has the worst border patrol - I could have told you that!" (Great, thanks.) But overall, people were incredibly supportive of me; offering words of comfort I so dearly needed.  I realized then: solo travel has its merits until you're almost arrested/detained in another country by yourself. And then you want anyone else.

In reading the comments and becoming emotional over the love I felt, I think I made the Asian couple that sat across from me uncomfortable enough to leave once they noticed the silent tears streaming down my face (and fogging my glasses). I didn't care; I couldn't stop and I needed these people right now. For someone who is rarely emotional, let alone in public, this out of character moment perhaps exemplified how out of sorts this whole ordeal had me. About an hour later, at 8pm, I was getting ready to leave because Starbucks was closing. I checked my email before I lost connection and saw that five other people had donated and successfully covered my entire fine!

It was unstoppable. A rush of emotion I had not yet experience. And there I was in Starbucks, 20 minutes outside of Vancouver, full on ugly crying. I was so moved by the generosity of my friends and family; by my online community. Quickly, it occurred to me that the only way to capture the raw emotion of the moment - my pure gratitude - was to click over from email to the camera button, because words would never do; they would not be able to express how I felt; how moved I was - am. 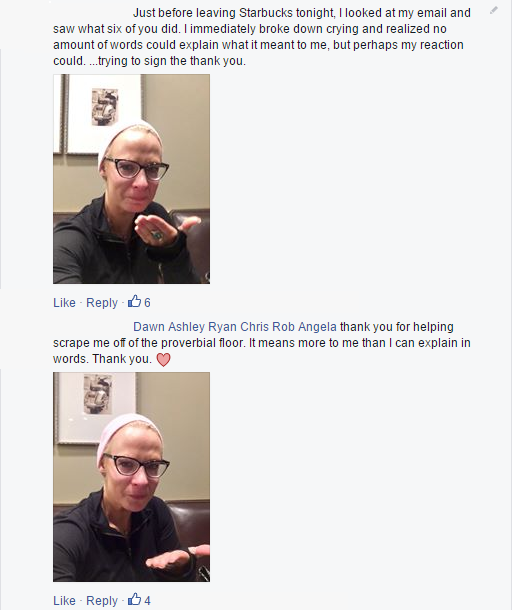 Then I left and went to my car. It took about ten minutes for me to compose myself enough to be able to safely drive to my hotel. When I arrived, my appetite finally came back too. I didn't even bother to shower before walking around the corner for food - I decided I deserve it, especially being the first real meal in about 48 hours. (Turkey and brie sandwich with a cider...fine, two ciders.) And that's where I am. Where I write tonight. Where everything that has just happened has taken it's time to sink in...

I feel changed. I am amazed. Astounded. So humbled. And (nearly) speechless at the incredible human beings I have managed to find and befriend in their world. Everything fell apart and they took to their keyboards to scrape me up off the floor. The only time during this journey I have met complete and utter defeat; utterly alone, through tears "I just want to go home" and meaning it and they managed to create tears of gratitude over sorrow. Another bought me a hotel room - unaware six folks hand covered my fine - and the room number I was given? 111 - apparently the sign of Angels. (And the 3rd time I've gotten this triple number room.) I do not have the words to explain how much this means to me. Thank you. Thank you. Thank you. My Angels... 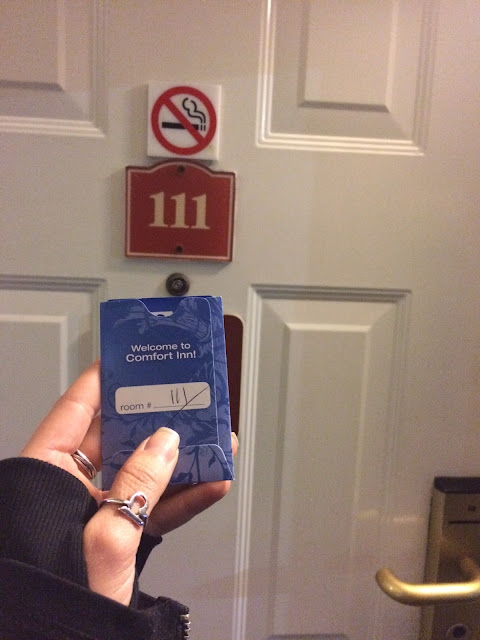