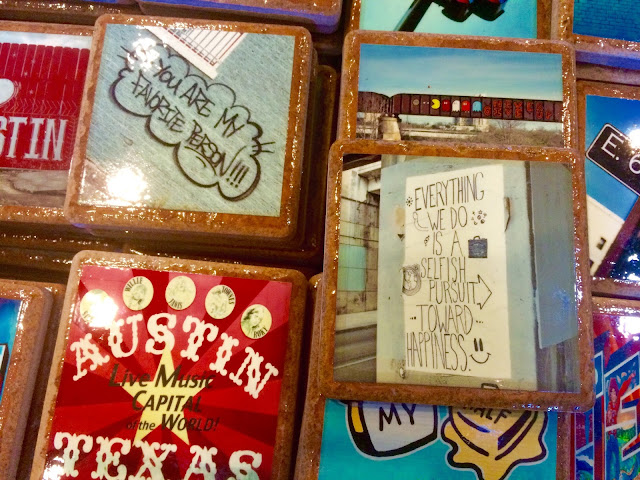 "Oh...are your allergies bothering you too?" he asked in the antihistamine aisle at the CVS in downtown Austin.


"Oh yes," I responded with a sniffle. "Are you from around here," I questioned, wondering if it was just a pollen all of the sudden in Austin and abnormal for a local or something that might get me in trouble should I choose to move there.

"No, I'm driving across the country," he said with a nervous snicker like it was a weird thing to do.

"Oh!" I said, excited to meet one of my own. I'm doing that to. Where are you from?"
"Raleigh. I'm going to San Jose for a job and I took two and a half weeks to drive there. How long are you traveling for?"

"Four months. I'm looking for a place to live and San Jose is on my list. You'll have to tell me how you like it."

His name was Micheal. And this truncated version of our conversation went on for about 30 minutes and 2 aisles - I also needed mascara. I look children of the corn terrifying without mascara; look knows why he even bothered to talk to me. Allergy commiseration, I suppose. We exchanged numbers. I said I'd ping him when I got to San Jose.

This was on Monday. It wasn't until Wednesday after both kinds of allergy meds I took failed to work and my sister in Nashville posted on Facebook that her third and youngest child (the only one that wasn't sick when I was there) was now sick, that I considered that, perhaps, it wasn't allergies, but illness. I had been trying to blame it on the cats of my host family and post-festival fatigue, despite feeling tired and weak. But when I got to Fort Worth tonight, after finally leaving Austin a day late and at 5pm (I didn't really want to leave), and I was no longer near cats or Austin air/pollen and still felt blah, I admitted to myself that I was, indeed, sick. My intuition had been right; my trip to Nashville ended in illness. Luckily, my foresight which led to chugging airborne staved it off until after the festival. (Dear awesome host family, I'm so, so sorry if I got any of your sick with my "allergies.")

Regardless, Austin was a blast. My host family was the best. (Which was my yoga instructor from DC who just happened to move to Austin just across the street from Zilker Park - where ACL takes place - 6 weeks prior. Hi Lisa!) They showed me around the city as best they could in what they learned in the time they were their and made me feel right at home. (Thanks, guys! You're awesome fun! ...And that bean dip on butter tortillas...so good.)

I wonder if their company influences my opinion on Austin in that I really liked it - enough for it to be a very serious contender of a place to live - or if I just like Austin that much all by itself. I mean, music does seem to be a huge part of the city's character. And it doesn't rain. And, best part, Bulliet bourbon is their well liquor. WHAT?! Like, I liked it so much I convinced myself that I wasn't sick until I left and finally was willing to give up the fun in exchange for my health. The only part I didn't like was that when I went out with my friend I went to ACL with and my host family's daughter (who graciously shared her room with me; my air mattress took up her entire floor. Thanks, Anna!) and we met a guy selling street art who was pissed that all kinds of new people were flocking to the city and when I said I was considering moving to Austin, he said something to the affect of "Ugh. There are too many people here. People need to find a new city to move to." Not quite the welcome I felt in Bozeman with everyone selling it to me and singing: Come on over, the water is fine!

But, you cut the bruise out of the apple and the rest of the apple is good to eat, right?. Austin was fun. Spunky. Warm. Lovely. Fun. Bourbon. Cornhole at a rooftop bar. (You now how often you have to fight just to get into a place with a rooftop bar in DC?) And a natural spring water public pool. And bats under the South Cap bridge that eat all the bugs?! WHAT?! Yes, no more bug bite ridden legs for this insect amusement park. (Blondes get bit three times as much as any one else, you know. True story.) Plus, I already know three awesome people that live there, a rooftop bar with corn hole and a sweet, sweet music festival. Also: Central Market butter tortillas and Topo-Chico.

So all in all, Austin was great, despite the allergy/illness. But I'd better get to sleep to try to get rid of this sickness, which means a hotel for the night in Fort Worth in the cheapest hole I can find. (I made myself a promise not to camp when I'm sick. Hotels are cheaper than healthcare.) Sweet dreams, Texas. I very well may be back - time will tell. 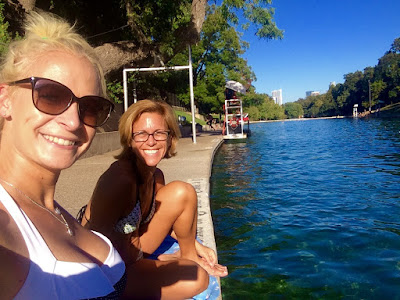 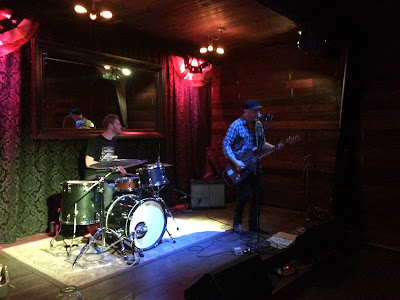 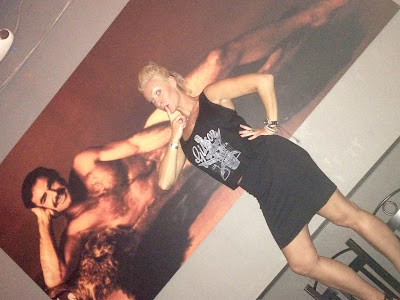 Posted by Hatching West at 4:49 PM