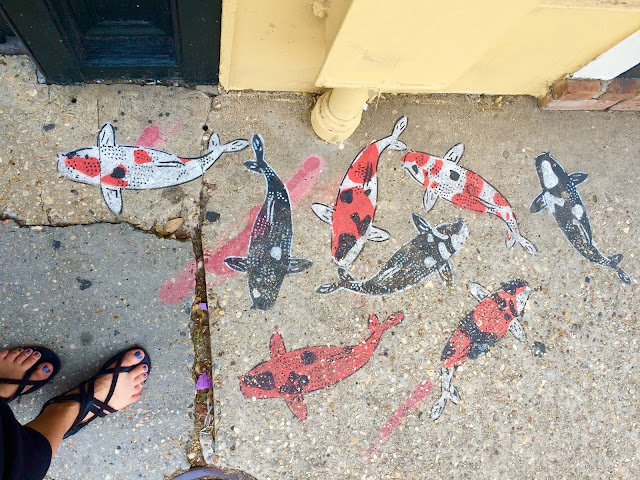 "It's not safe. It's not safe."  Like a choir of suddenly concerned parents, friends, and strangers, everyone sang how unsafe it was for me to go to New Orleans by myself. All I could think and say was "I spent nine years in DC doing a lot of really dumb shit, I'll be fine." It's curious that people weren't concerned when I was drunk in DC, but New Orleans was a big deal.

I sat at my sister's house the night before I left Nashville, I looking for a hotel and she was very specific about the parameters of where I could stay. I posted on facebook asking if any friends would be willing to buy my night at the hotel for my birthday. I thought "hey, worth a shot" and they actually did! (Thanks!) (Did I say that already? Sorry - sleep deprivation.) 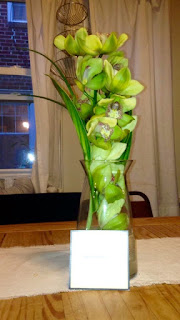 Today, while I was walking through the square, I got a tarot and palm reading from a woman. I'm not sure how much was accurate, but she said that I have a very strong network behind me. And I do. My friends and family have been absolutely amazing during this journey. I may or may not have been able to do it without them, but they sure have made it a hell of a lot easier and enjoyable.

Last night, I checked in to my hotel; totally swank by my now lowish standards (see: green pool). I tried to take a nap, having only had 2.5 hours of sleep between blogging at my sister's house and waking up with their morning routine to allow them to lock up and me to be on my way for my eight hour drive. (The new longest since I began this journey.) The nap didn't take, in part to a message from my old roommate that made my phone ding, informing me that a package from FTD had been delivered. Apparently, the guy I broke up with the first week of August had sent flowers to my old house for my birthday. So I navigated that situation and finally told him "look, I moved, leave me alone." That still didn't seem to work.

My parents and my old co-worker/friend/dating guru both called and I chatted with them while sipping some bourbon and getting ready for Bourbon Street. My co-worker friend was the only one on my side about the safety concern: "Dude, you're fine. You just spent three weeks by yourself. You could have gotten eaten by a bear. Comparatively, New Orleans is a cakewalk." Right?!

Just after hanging up the phone, I posted "I'm in New Orleans. Alone. It's my birthday. No one knows me here. I'm going to find live music and dance like a fool. (Bourbon is invited.)" Just after p osting that, a girl that I met in Mexico a few years ago sent me a Facebook message introducing me to her friend, Dave, that lived in NoLa. We texted and he said he was in for the night after I told him I'd be happy to meet him out. He asked if I was alone, then told me it wasn't safe ... ::grumble:: "Well, I'm not going to not go out on my birthday just because someone says it's not safe solo." (Apparently once he learned I hailed from DC, he said it wasn't a concern anymore.) 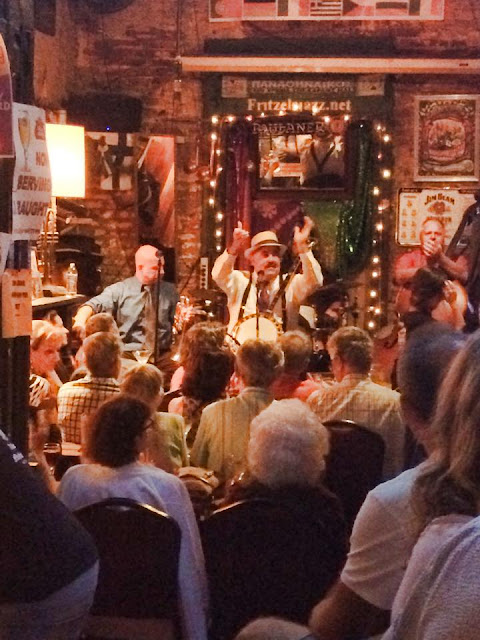 THANK YOU FOR GETTING THAT PART, SOMEONE!

I walked the three very not unsafe blocks to Bourbon in a jacket - being extra cautious. It only took me a minute to realize that was totally unnecessary. The worst offenders of Bourbon Street only told me "you are beautiful" and one stopped, walked backwards and told me "you are a gorgeous white girl". This place was not unsafe. The most threatening aggressor was a bead necklace that hit me in the head after someone had thrown it down from a balcony. (One this day I learned that to walk safely, free from flying spheres of plastic on Bourbon Street, stay under the balcony.) I decided to walk all the way down Bourbon before choosing a place on the walk back. I found Fritzel's European Jazz Club. The music was amazong, but the bartender was a bitch. After one set and one cocktail, I was gone. I went back to the hotel to drop off my damn jacket (that was suppose to protect me from the folks that catcalled less than broad daylight in DC). I headed back out and danced a bit at Fat Catz, then Dave came and picked me up. We went for a drink, hung out a bit; I think I fell asleep on his couch and then I was back to the hotel at 5:30am. 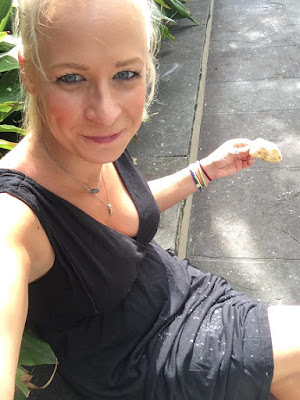 I woke up and checked out at noon, paid the $10 to keep my car parked in the garage and went out for beignets. Walked up the streets parallel to Bourbon, checked out some shops and stood in a long line at Cafe du Monde for my coffee and beignets. I swear more powdered sugar ended up in my mouth than on my clothes! I ate on the sidewalk, listening to jazz I could hear but not see. After I finished and brushed off the sugar, I walked towards the music. The random jazz on the sidewalk changed my entire demeanor. It made me swell on the inside. I soulful and happy. On this day, in this moment, I learned that music is important to the character of my next city to call home. Unfortunately - and fortunately or I may have never walked away - the band had to take a break, the music stopped and I was back to checking out New Orleans on foot.

After a bit more walking and two palm readings (one of which was giving me advice on homeless shelters when I said I was living out of my car in a nomadic type of existence and I had to explain it was a choice), it was well past time to head to Texas. It was another 8 hour trip and this time I was starting at 5pm. Not the most fun to drive for five hours in the dark, but I'm here now, staying with a friend and ready for more live music. A bucketlist check: My first music festival! 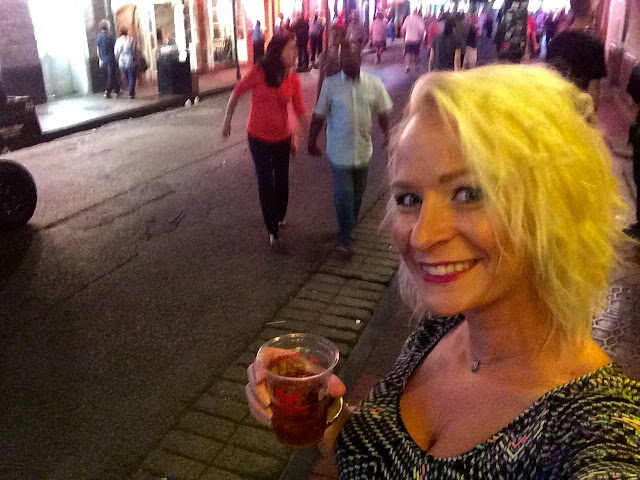 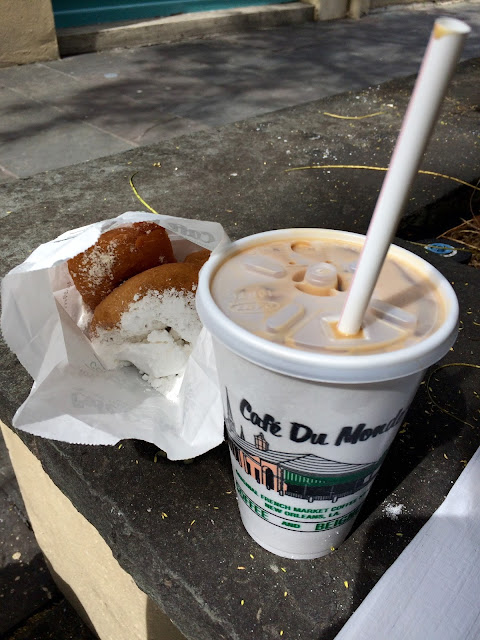 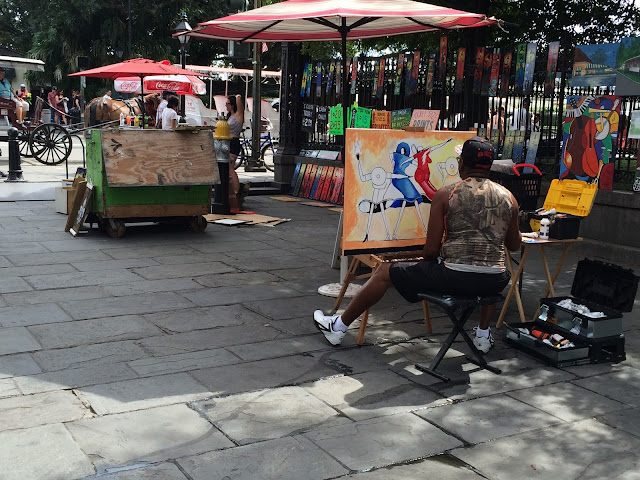