I left DC and became a vagabond on the hunt for a new home out west for a few reasons:
A modern day, gypsy Cinderella, right? Because, statistically, on the west coast, my odds are better than the east coast. On average, east coast cities serve up 2.5 single woman to every one single man (age 25-35), while the west coast odds are completely reversed with a feminine advantage of 2.5 single men to every one me. See:

Part of my plan beforeleaving was to "use" Tinder for food - although that was 70% in jest. Tinder has been a useful tool for me since I left, but I haven't had the time to be somewhere long enough to meet up with anyone. So, so far I have only used Tinder to pick the minds of locals about the home base that I am scoping out (I have a list of longstanding, sincere "I'll be a tour guide" offers, especially from dudes in Bozeman). And lastly, I use Tinder to test the waters of what kind of men are inhabiting a city in which I may potentially date. Since this is about a quarter of the reason I moved - to find a mate, these eggs aren't gettin' any younger, ya'll - this is important sociological exercise.

Now that I have more time in places, I can not only go on Tinder for information, but actually go out and meet people. This adds an additional important element to my sociological studies: Are the odds simply good or are the goods also odd? So last night, I went on a date. His name was Danny. Danny was two hours late. This study was starting out well...

To be fair, the date was arranged some time between when I took the coat selfie in the last blog and before I headed back to Salt Lake. I had left Park City after visiting the Kimble Art Center - on the suggestion of the women who complimented my coat in the boot store - and drove up to the Olympic Park on my way out of town. I think I was at the Olympic village when Danny said, "let's meet at 7p." It was 4:30p. I took the time take some tripod selfies at Olympic Park and walk through the ski museum before I headed back to Salt Lake City to get ready for my first date in three months. 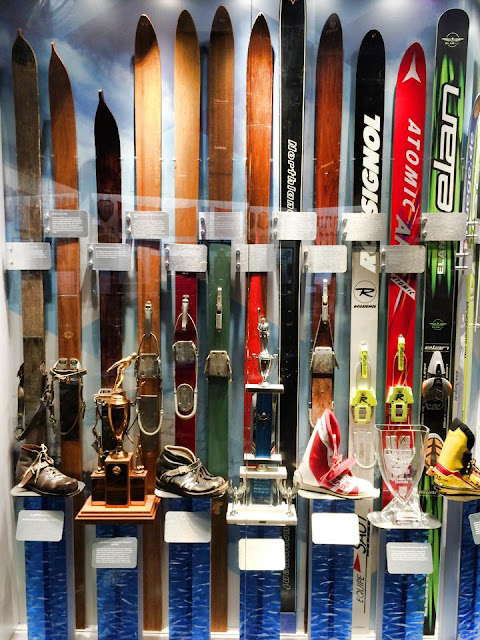 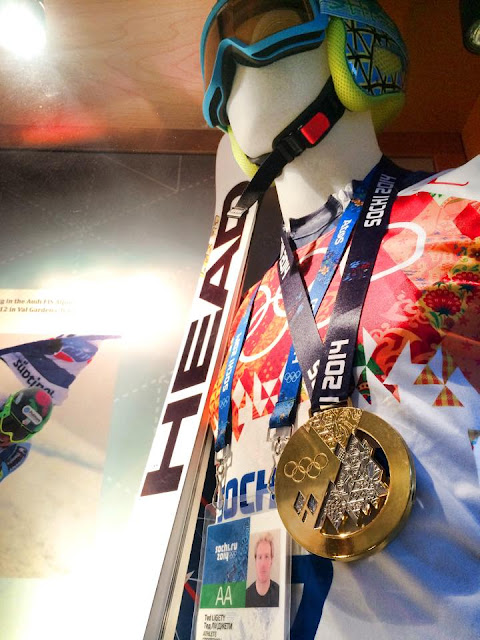 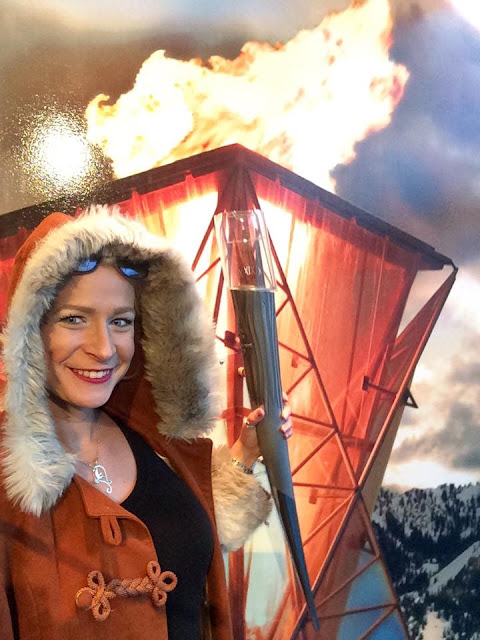 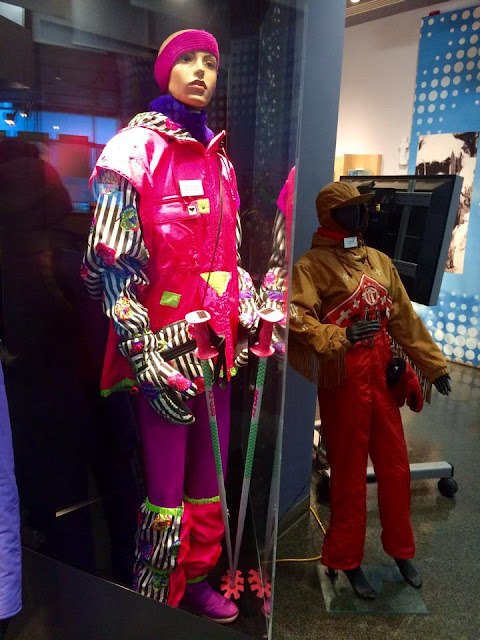 Once back near Sugar House, I got ready in my car outside of the Barnes and Noble I had planned to waste time at before my date. And by the time I actually finished getting ready - I changed my outfit, took a baby wipe bath, redid my hair and makeup, changed my shoes and  I also organized my car in prep for sleeping in the back that night - it was nearly 7p. I hadn't heard from Danny where we were going to meet, so I headed into Barnes and Noble because I had to pee. Plus coffee was going to be necessary. Maybe my body was tired from spending the day fighting the cold. (G'damn winter weather...I'm really failing at reason #2. See first paragraph.)

Movie Trivia began at 7pm - much to my delight - where I happened to be seated at Barnes and Noble Starbucks. Naturally - being the trivia loving nerd that I am - I played. And I decided that if  late Danny texted me, I was going to tell him I would meet him after the game or not at all, so I didn't really give a shit that I was being stood up. The slight to my ego was also helped by the fact that I won - against teams...by myself. Toot, toot, beep, beep!

After the game ended, I thought I'd throw out one more text message, because either way I was heading to a bar to waste some time before I was in my 5.5' by 2.5' space in the back of my car slash bed for the night. (I was already over budget on lodging expenses for the weeks and all the local campsites were closed for the reason - plus it was effing freezing.) He replied back. It was now 7:45p. He said he had been on the phone or something and was I still up for meeting. I was; I had nothing else to do and, more importantly, I was starving and hoping that he would say the three words every girl wants to hear: Are you hungry?

I headed to the bar and arrived there about 20 minutes before him. I sat next to a man with a really solid beard. He started a conversation, asking if I ordered a cider v. beer because of a gluten free diet. "No! And I also eat meat," I responded, nearly defensively. We have incisors for a reason, guys,

He turned back to his friends and a few minutes later, turned to me to say something else - which was important enough for me to almost immediately forget. We exchanged back and forth and he invited me to join him and his friends for dinner. I declined, although to be honest, I really didn't want to: 1. the guy I was meeting was now almost two hours late, which seems like a semi legitimate excuse to ditch and 2. OMG I'M STARVING!! All I had to eat all day was a Dollar Tree tuna salad kit (which consists of two ounces of tuna salad and five crackers).

I deeply contemplated it for a minute or two - obviously this was one of those life choices that bore incredible relevance to the rest of my life, at least that's what my stomach was telling me - and eventually reluctantly declined, but asked that he come back later...bearing food. Not only did I want to see food, but I wanted to see him again. He was pinch-able. Beautiful men in that Salt Lake city.

Finally, Danny showed up. My new bearded crush asked what I want to eat and said he'd come back, but no promises, as Danny sat quietly to my left. It seemed from the start that Danny had a friend vibe going on. But we exchanged stories and I enjoyed his company. (And I assume he, mine. He said I had great stories.) After a few hours and a couple of cocktails, went to a diner around the corner. (I had to pay for my meal, which is unfortunate, although drinks were on him). And, by this point knowing that I planned to sleep in my car, Danny offered his couch to sleep on. I accepted (and never saw the beard again - boo). Danny took the love seat and gave me the couch.

Posted by Hatching West at 3:21 PM